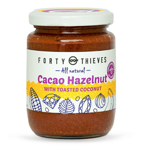 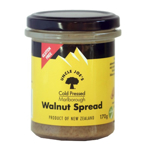 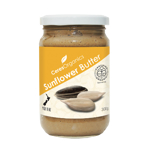 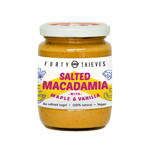 There was a time when peanut butter was pretty much the only nut spread on the market. Not anymore!

The most popular new nut spreads, also commonly known as nut butters, are made from cashews and almonds, although you can also find spreads made from hazelnuts (often mixed with cocoa), pistachios, and even walnuts. Sometimes, for added health benefits, these nut spreads are blended with flax seeds or chia seeds.

Peanut-free nut spreads are perfect for consumers with peanut allergies. These types of spreads also have plenty of nutritious value. For example, almond butter has lots of healthy fats, with about three grams more of heart-friendly monounsaturated fat per serving as compared to peanut butter, and less saturated fat. Almond butter also has more fibre and fewer carbohydrates, as well as more minerals. Cashew butter has the same number of calories and fat as peanut butter, but less protein and more carbs. However, it contains more iron, magnesium and a little more monounsaturated fat which, remember, is a good fat.

Chocolate hazelnut spreads are not as healthy because of their high sugar content. As an occasional treat though, why not? When its health benefits you're after stick with almond or cashew spreads, but check the label for sodium and sugar levels, and saturated fat. There are differences between brands so never assume that all nut spreads are exactly the same.