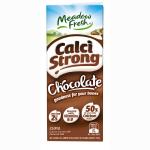 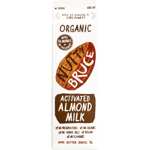 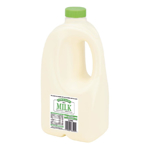 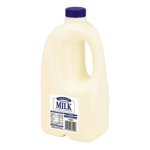 Not too many years ago, you had a choice of full-fat milk or full-fat milk. Then low-fat milk made an appearance, but the choices were still pretty simple. These days, there is so much more to consider when buying milk...and that milk doesn't necessarily come from cows.

Traditional choices include full-fat milk which must contain at least 3.2 % fat, as specified by the Food Standards code. The big advantage with full-fat milk is that it is packed with plenty of vitamins and minerals. Low fat milk contains between 1.3 and 1.4 % fat with slightly more calcium than full-fat. Then there's skim milk where fat is separated and skimmed off so the remaining milk contains just 0.15 % of fat. Milk powder and vitamins might be added to skim milk to replace those lost during the fat separation process.

Then we get into newer, non-traditional choices. These are produced mainly for health reasons and include enhanced calcium milk which should have more than 110mg calcium per 110ml. Then there’s A2 milk, which is easier to digest and healthier than other cow's milk, and for the lactose-intolerant there's even milk where lactose has been removed. These specialised milks are a little more expensive but what price can you put on health benefits?

Of course, cow’s milk is just part of the equation. There are things like almond milk, where water is added to ground almonds. Some almond milks have added sugar or sweeteners, so always read the label. As almond milk is low in calcium, some brands are bolstered with added calcium and vitamins. Almond milk is ideal for people who are lactose-intolerant. Don't forget soy milk, another popular alternative to dairy milk. Soy milk is not only great for people who want to avoid lactose, but it is also very high in protein.